Almost September.. getting ready for 29 Faces, and more...

go to this link for more info, and cool tutorials


This will be September's challenge, as well as updating my website with some looms and tools from another maker that I found. I have a small arch loom that can make pieces up to postcard sized. I'll still be spinning, knitting & weaving...

Here's one that I did before I finished it and took it off the loom: 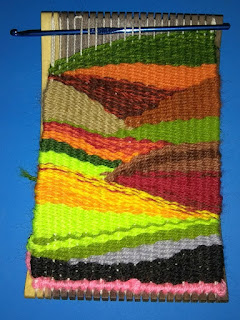 I'll take a photo of it off-loom after I do something with the ends. This was my first attempt with wedge weave.. I was just changing colors and doing the shapes randomly...

Here's a side view: 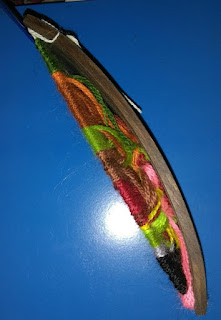 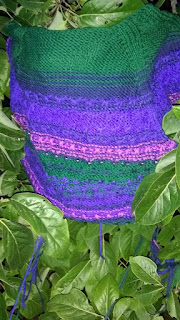 I also plan on picking up a long time UFO, Beauty & the Beads: 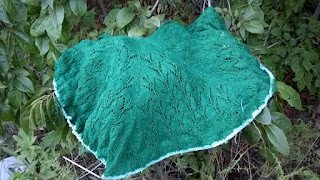 I'm currently picking up the stitches on the last green row, which takes a kind of long time because there are almost (?) 1,000 stitches on the needle now. I want to change the way I go from bottle green to teal to make it a more gradual looking transition between the two colors.

We lost Liberty on Wednesday morning around 2am. He was either 16 or 17, depending on who remembered right: Gary thinks we got him shortly after 9-11, in 2001, but Micah thinks he was in 2nd grade, and that would have been in 2002... he was a great cat, a lot of people loved him, he took care of the other cats, bathing them a fair bit. Earlier this week, he stopped eating... we didn't get him to the vet in time.  He's the end of an era: he's the only cat that we had when we were living in Valley View, and the only one of the animals that lived in the house.  We'll be burying him next to Parker as long as the ground over there isn't too hard. I'd bury him next to Bean, Boomerang or Loveslug, but I'm not sure exactly where they are & don't want to accidentally dig them up. 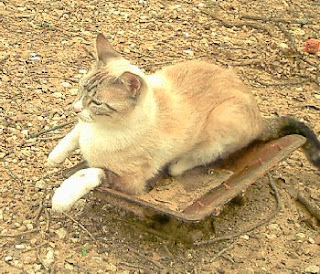 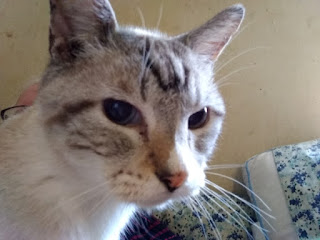 3 years ago today, we lost Pixel: 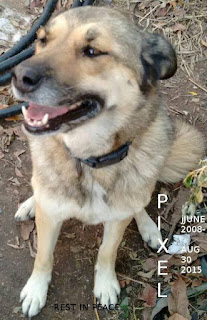